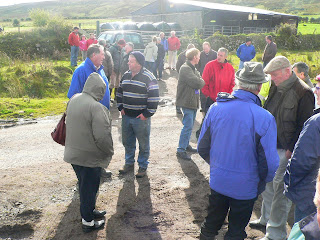 We met a few more at the farm itself, including a pair from county down, which was quite a treak!

The geographical spread of participants was very encouraging. Likewise, the fact that some people got in touch who couldn't attend, but expressed an interest in attending the next one, and some attendees were representing a group of farmers in their regions. 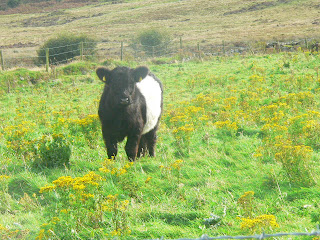 On the left, on of Joe's 40 Galloway's: this one is belted 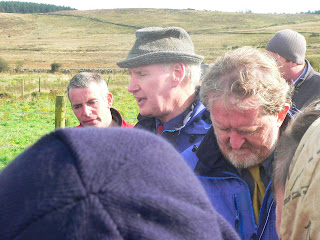 Also on the left, two Teagasc representatives also attended: John Twomey (Cork) and Terry Cunningham (Tipperary) . John is one of the Teagasc Organic advisors, and is here explaining to a participant some of the nuances that differeniate organic from conventional.

Terry works in rural development, and actually has been involved in organics for many years, having been an early IOFGA member in its formative years. 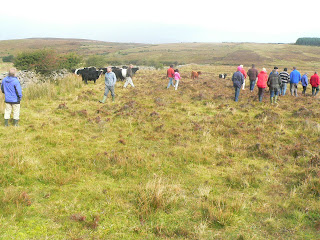